Today was Mitul’s birthday… which I was “conned” into going, which led me to a series of, say, “unfortunate” incidents. One of those incidents include almost getting run over by a car. I’m serious, I’m not joking. I could show you a picture if I wanted to, unfortunately if I were to take out my camera and take a photo of the car in front of me at that point of time, I don’t even know if my camera will be safe enough for my friends to retrieve it and post it into my blog for me… Riiiight, I hear you say, with just a little hint of sarcasm. Even if I were to make it out alive, there’s no gaurantee that the driver isn’t going to be too happy with me, no siree!!

This section is not dedicated to the month of May, although they both have loads of photos in one post. Mine is of pure artistic taste, I assure you. Thank you for reading this disclaimer. 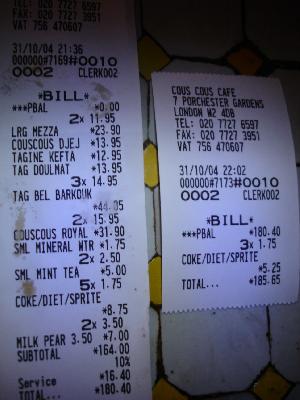 Aaaand here’s the receipt of today’s birthday dinner!! A shocking 180 quid for just the 9 of us!! 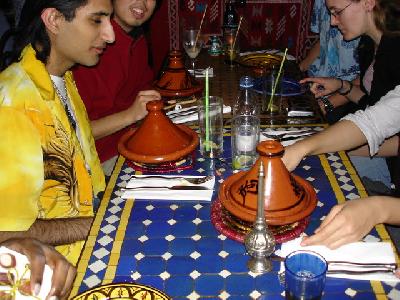 The birthday boy himself, Mitul, smiling like a looney he is! Errr.. Ooops 😀 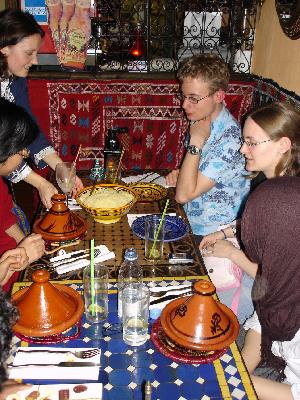 The rest of the gang, all seeming to be having fun,
BEFORE they had a look at the reciept 😈 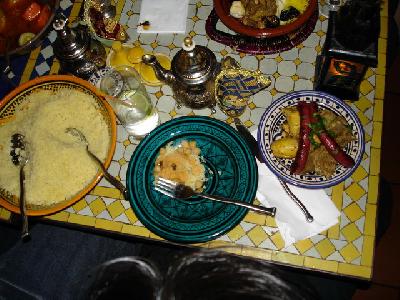 Look at the food… Something called CausCaus, a Morocan delicacy.. Not really my taste though >.< 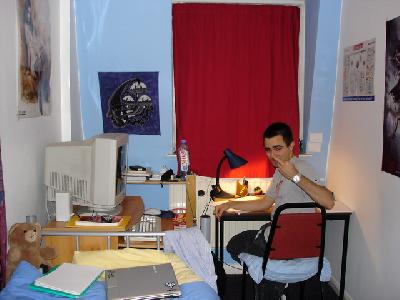 And before that, I was at Johan’s house, who contains a certain French called Pierre… Bad Boy!! 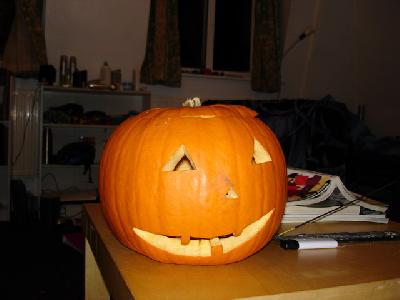 Last but not least, HAPPY HALOWEEN’s DAY with an authentic Carved Pumpkin (stolen from the Union! Bad Tim!)