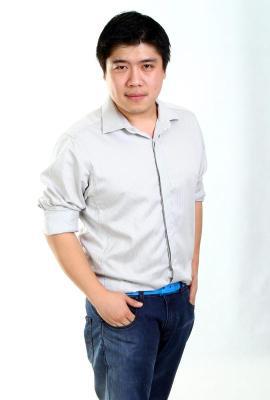 Christopher Tock was previously the Director of Information Systems for the UK and Eire Council for Malaysian Students (UKEC) in 2005/06 and 2006/07 where he, alongside Wan Mohd Firdaus, helped to revive UKEC as a student movement and launched projects such as the UKEC Careers’ Fair, Projek Amanat Negara IV and the 1st Malaysian Student Leaders’ Summit 2007. He was also previously a Communication Secretary to Imperial College Malaysian Society, as well as a representative of the Overseas Student Committee responsible for liaising between all overseas society in Imperial College, London.

Hailing from Petaling Jaya, Selangor, Christopher completed his Sijil Pelajaran Malaysian (SPM) at Kolej Tuanku Ja’afar (KTJ), Mantin in 2001 and obtained straight As for A-levels in 2003 within the same institution under the KTJ Scholarship award. Later, upon graduating with a Bachelor of Science degree in Joint Mathematics and Computer Science from Imperial College, London, he started off as a freelancing IT consultant for small & medium enterprises located within London and did a complete IT makeover for JPA London before leaving back to Malaysia to embark on a set of mission objectives that makes part and parcel of his life goals.

His love for sports, fun and adventure enabled him to represent West District of Seremban in Hockey for 3 years in the U-21 District championship as well as a proud receiver of the PADI Open Water Diver license. He takes interest in a myriad of hobbies including: photography, food review/adventures/trips, lion dancing (peak performance at Trafalgar Square with thousands of viewers), blogging and a self-professed techie (aka geek) at heart.

Christopher Tock recently took the leap of faith to pursue social entrepreneurship in two forms: providing strategic community-based social media solutions to small and large businesses through SocialGrooves via Socialites, a community of up and coming digital influencers made up of various social communities in Malaysia, and aiming to solve youth unemployment issues and optimize Malaysian talents through his Youth Marketing platform he calls the  Empowering Youth Endeavors (EYE) Project – and this was after working as a Technology Manager to WAGO, a startup ideation outfit providing word-of-mouth social marketing solutions. Prior to this, he played a role in investment banking as an e-Business development executive for ECM Libra Investment Bank (merged with Kenanga in 2012), where he is part of a team heading the development of a forward-driven online share trading portal called www.ecmmoney.com. During off-working hours, he volunteers his time to the Young Corporate Malaysians (YCM) as a founding convenor, organizing CEO Series for Young Professionals, plays an active roll in the Imperial College Alumni Association in Malaysia (ICAAM), supports RandomAlphabets.com known for their guerilla-styled pro-bono projects and advocating Teach For Malaysia, a non-profit outfit bent on making sure all children in Malaysia will have the opportunity to attain excellent education regardless of their background.

Last year Christopher Tock was invited as a Founding shaper of the Global Shapers Community – Kuala Lumpur Hub, an initiative by the World Economic Forum where he helped started up the first Hub in Malaysia, became an honored recipient of the Prestige Malaysia’s Top 40 Under 40 2012 Awards and most recently, took his first Arthur Guinness Fund – British Council Social Enterprise Award in 2013 on behalf of his EYE Project team.

Above all, Chris remains an avid blogger at www.spinzer.us, believing that social media has enabled him to network with amazing people that helped him reach this far. He loves covering media events that tickles his interest, blogs about his love for food, used to play an ambassador role for Crocs Malaysia and the Panasonic LUMIX but now prefers to be a #CLUCKER for Nandos Malaysia as well as being part of the Air Asia Blogger Community. Last but not least, he will always remain as a social media activist dedicated to the development of Malaysia’s future leaders in his mission to create a #betterMalaysia.

Find him on LinkedIn,  Twitter and Facebook. You may find a copy of his latest CV here:

Christopher being one of the brand ambassadors for a campaign by MACH: By Hong Leong Bank

Christopher with other Top Young CEOs in theStar RAGE

Christopher as one of Prestige Malaysia‘s Top 40 Under 40 2012 nominee. Read the article here, entitled “Passion Does Pay”

Christopher Tock has also given talks, judged and became a mentor for the following organisations in the areas of Social Media & Youth Development:

The list below links to articles that Christopher Tock was mentioned at as well as interviews done by other media: