Ready for some cheese fondue? I’ve got a place that will just melt you down. A restaurant owned by a friend’s mother who dreamt of opening her own Asian-Western fusion food, without leaving out the extreme ends of both sides, I thought it was the idea was pretty much accomplished, though it was never an easy ride.

Her pride and joy, Cassandra‘s mum and family can’t seem to be at peace with each others’ criticsm; whenever one family member feels that something wasn’t up to the notch, one would point it out immediately (with respect of course). I think that’s one of the secret to their success, different inputs from different age generations, making sure it caters for everyone be they couples or families!

Without further ado, let me present to you, Reach! 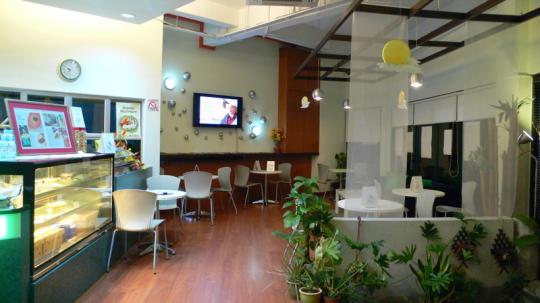 As you enter, to your left is the lounge area where you can sip coffee and receive free wireless internet service, perfect for businessmen who needs a cuppa 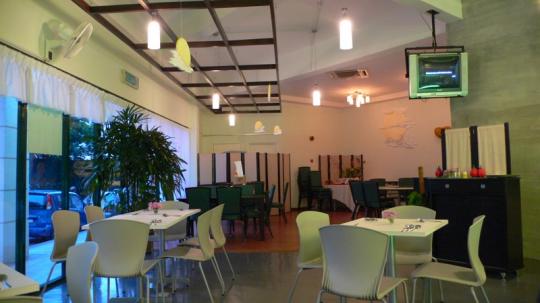 This is the dining area, decorated by the family to cater for a classier audience, and notice at the back where a separate section is blocked off for functions 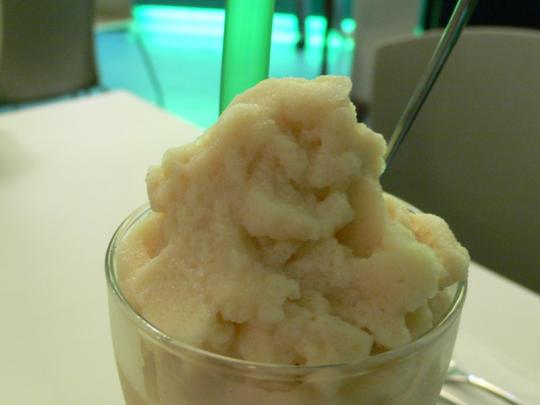 One of the restaurant’s specialy was the frozen Milk Green Tea, which I found delectably tasty, not too strong yet enough to tingle your tastebuds 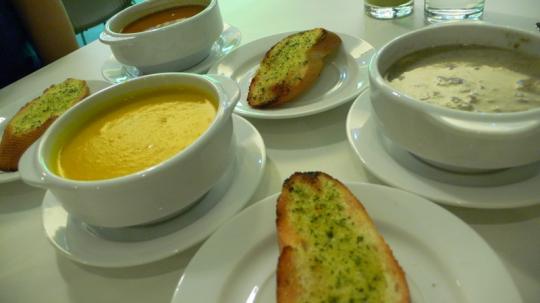 We started with a round of soups, all served with nicely toasted Garlic Bread. We had Pumpkin Soup, Chicken Soup and Wild Mushroom Soup. For me, the Wild Mushroom Soup deserved special mention as there was very little cream in it, as it focused instead in the variety of mushrooms that certainly gave it a distinctive taste… I later found out that Cassandra’s mom didn’t like cream hence she created her own recipe to compensate using cream with something else that delivers the exact creamy texture, now that’s the way to innovate! 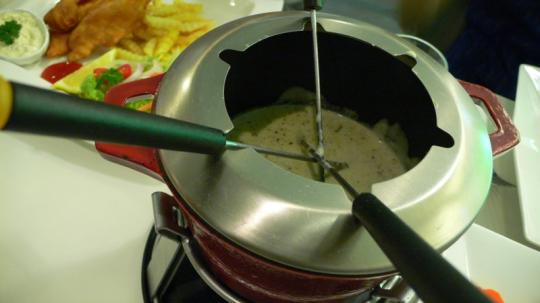 What makes their melted cheese special is that they combine 3 different types of cheese and infuse them with herbs to give you a mellow tasting, sweetish cheesy dip, perfect for any “liu” you’d like in their selections. Do read more! 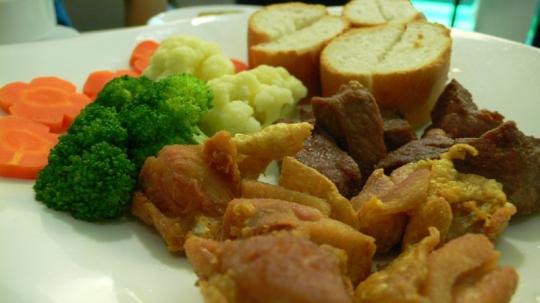 These are the yummy bits you get to dip into that melting pot of cheese you see above! Believe me, you’ll not find the cheese overpowering the taste of those bits which is usually the case when the dip is too strong… You gotta taste it to believe it 🙂 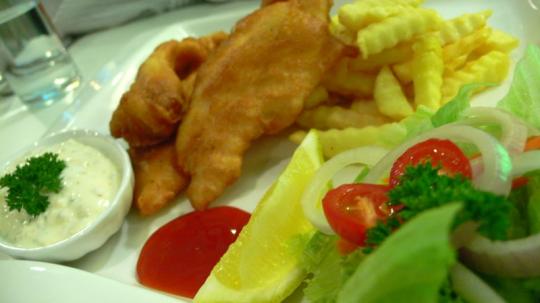 Yet another dish offered at the restaurant. It was light and fluffy, but not extraordinary 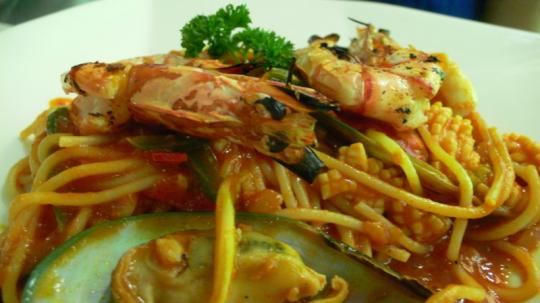 The Seafood Pasta wasn’t that impressive though. I thought the whole dish reeks too strongly of tomato, overpowering the slightly sweetish taste that seafood normally produces when cooked. Decent though! 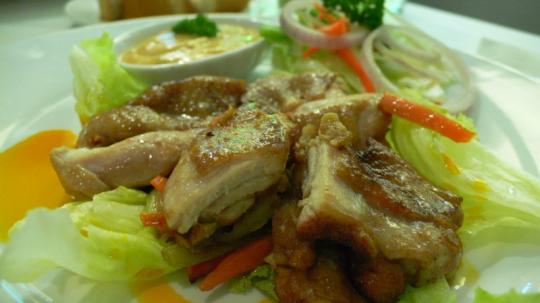 The favourite in this place. It looks normal, but believe me, the sauce is really quite special: tangy, sweet with a little spice in it! I don’t quite remember it’s name, but it’s definitely down in the Chef’s recommendation! 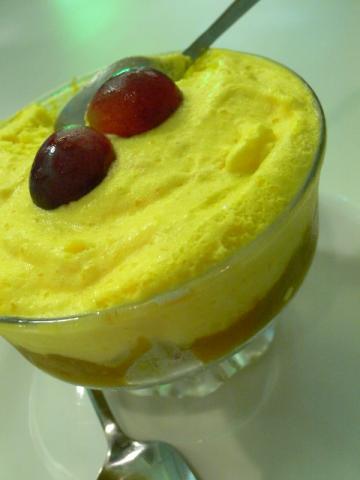 The dessert is no stranger to custard lovers, but the recipe has been modified to cut down on the calories but retaining both texture and sweetness that you wouldn’t realize any difference in it. It has airy bubbles to give it a light fluffy feeling, and I thought that experience was simply amazing! Was it called Mango Charlotte? You tell me!