Cheeso had one of those “I WANT TO MEME EVERYONE AGAIN” moment and I finally got the time to do something about it. (Mainly cause she did a step-by-step instructed post so I follow only lah!)

The problem was, though I considered myself a veteran, I didn’t know what she did in between those steps, and me being the lazy ass I am, I just… tried a shot… and this is what I got!! 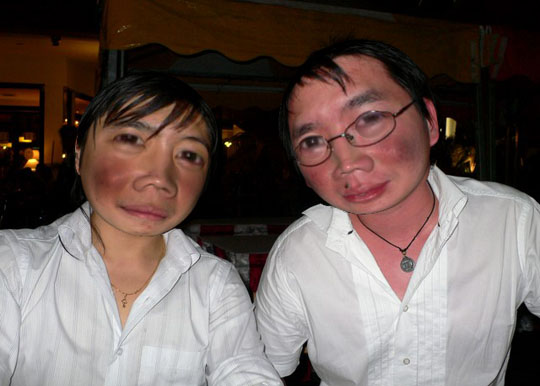 Yes peeps, iDoll is now a thing of the past! I’ve accidently introduced the latest fad: iDogging. Using me and boss stewie as models, you can tell that cutesifying your face will not only make you the cutest thing ever, but maybe even earn you a few brownie points with the dogs of the opposite sex! That is, if you’re into that kind of thing =P 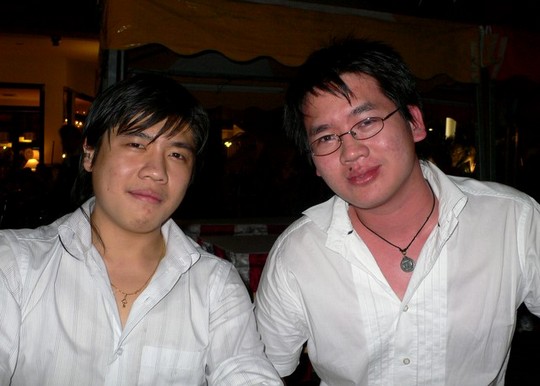 This is the original picture. Yes it was taken recently, and yes, I’m fat now and boss is super red. lol!

Last but not least, here’s a suprise for you… 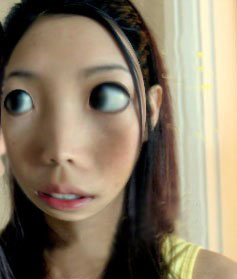