On my first day of Post-Exams…

FINALLY!!!!
Exams are over.

What did I do? I went to a RANDOM dinner! Invited by someone whom I don’t even recognize (but its a nice guy hehe), I thought it’ll be cool to randomly meet new people on the very same day I end my last ever exams… and it turned out to be a bigger suprise than I thought it would be. It’s damn weird la! Come see pictures first 😛 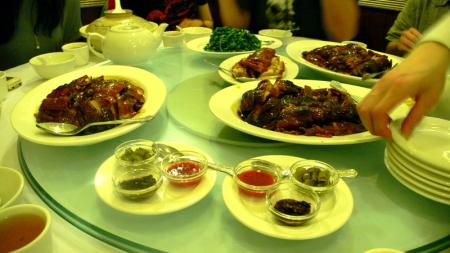 Yummylicious!! Yeap, the nine of us had 3 Roast Ducks and assorted dishes! 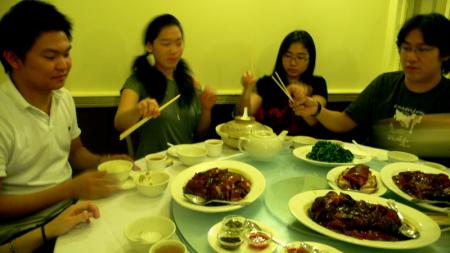 Turns out they were Sri KLians, and funnily enough, I met everyone of them in separate events! Tell u later 😛 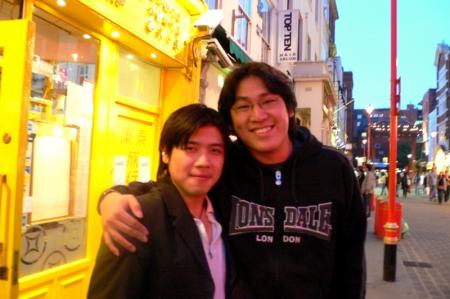 This guy is the one who invited me. Melvin Tan. Nottinghammer. Calls me gay boy lol 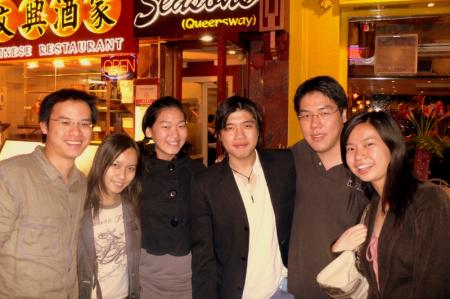 Half of the group that was left when the others had to go catch a train!
From left to right: Ka Shing, Hong Lee, Sonia, Me, Boon Wai, Chun Huey

Ok so this is how I met each of them.

1. Khye Jiat – Comes to my flat occasionally, close to my flatmates. Crazy guy!
2. Sonia Chiu – Met through Caryn Chua, also PWC intern, and we went to Brighton together
3. Yih Jia – First time meet, Melvin’s gf
4. Melvin Tan – The mysterious guy who apparently met me a few times during clubbing, but I have no idea who he is 😛
5. Ka Shing – First time met, Hong Lee’s cousin’s good friend from Bristol
6. Boon Wai – The coolest guy ever, knows everyone and is hardcore clubber! He’s damn rich haha
7. Hong Lee – The girl who I’m going to Ibiza with! And most recently we planned a trip to Birmingham + Paris 🙂
8. Chun Huey – Met through Sulwyn, the first time during our Hi-Sushi eatout!

Honestly, it’s a small world out there! hehe… anyway coming up next is a shisha outing (again) and Kev’s birthday party... so for now I shall sleep cause I’ll be attending Agong’s Birthday Reception today at 3pm in my Batik 😉 Here’s my invitation haha!